The wheat from my test plot was harvested in late June (winter wheats) and mid-July for the spring wheats.  The photos below show the grain after threshing and cleaning.  To conserve the small amount of grain, the threshing was done by hand with a steel mesh screen on a counter top, and I cleaned it in front of a fan.  I wish I had thought to take the photos with a constant scale, but I think you can still get a feel for the differences.

These wheat varieties were grown out from the very small samples (about 120 seeds) that the two seed banks released to me.  The germination was fair to poor, so some of the varieties barely broke even the first year.  But as I grow them out I hope to get 20:1 or better and build up the supply to marketable quantities in the next 3 years.  The 2016 planting, already in the ground as of September 20, comprises a strip in the garden 4' wide and 120' long.  I think it will require a full 1/4 acre to plant the yield from that test plot in the Fall of 2017.  That 2017 test plot, which I think I will plant on Ron's Spring Street field, should yield several bushels for harvest in the summer of 2018.  At that point, I will have enough to run some baking tests and decide what to plant for the 2019 harvest.  That's the plan, anyway!

Posted by Charlie at 7:38 AM No comments:

With the addition of my homemade debearder, my wheat cleaning setup is now officially the most complicated thing on the farm.  But it works!  I'm actually making the cleanest wheat yet with this arrangement. 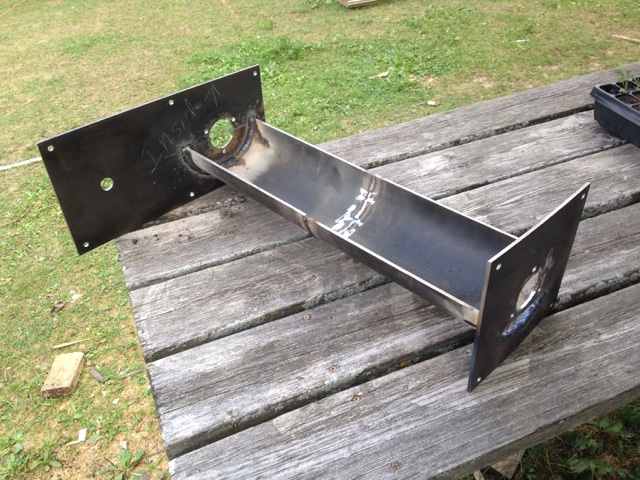 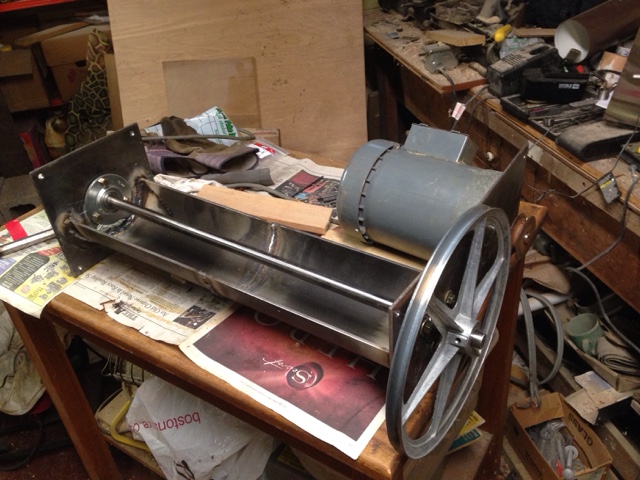 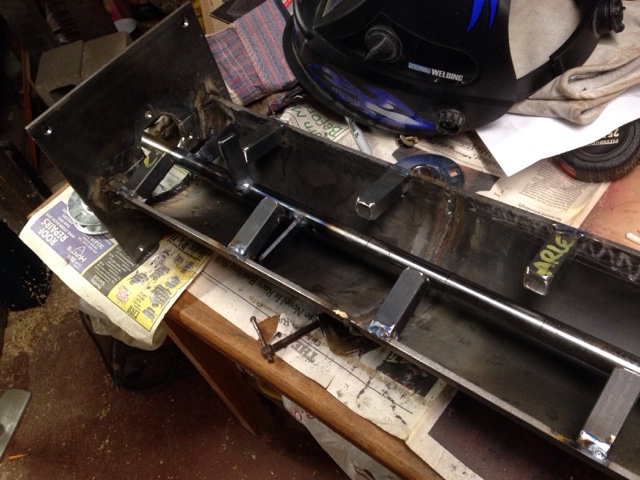 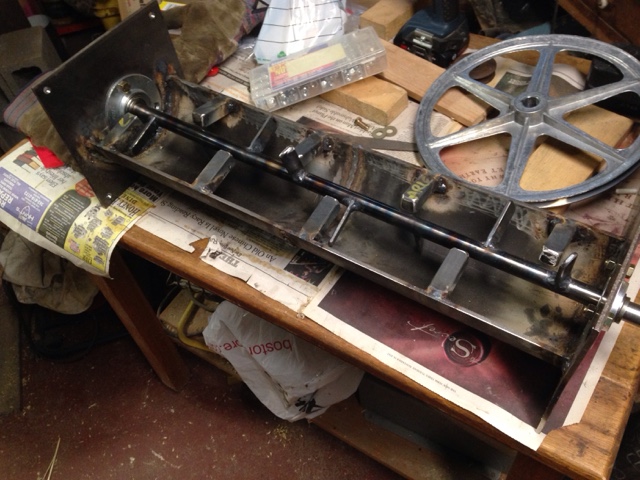 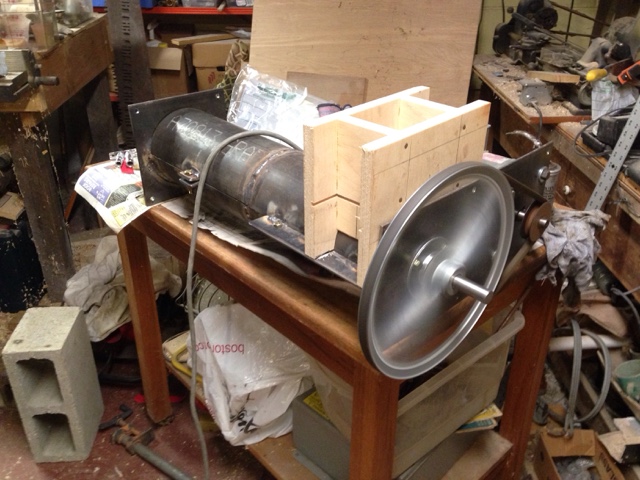 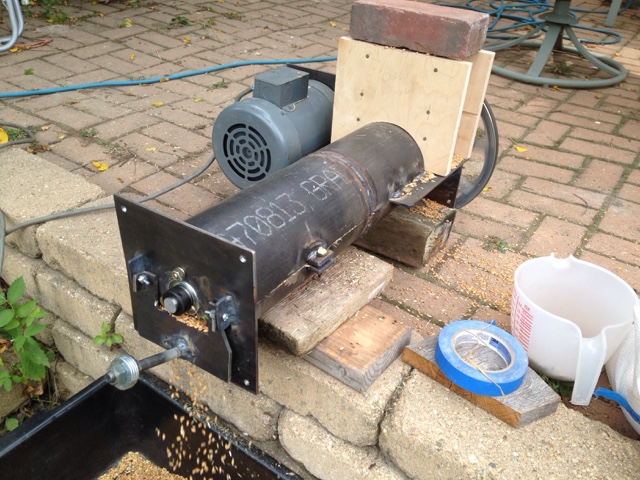 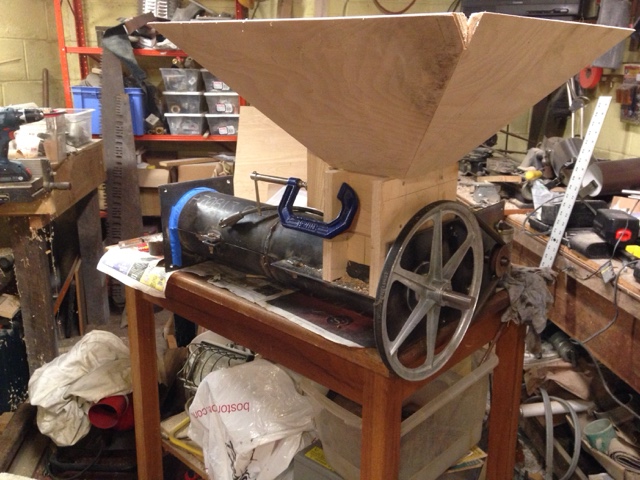 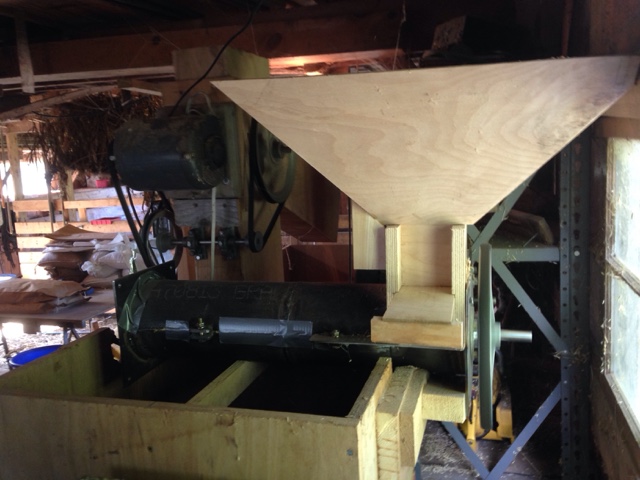 Not shown here is the dust collection hood I added after the first run.  I built a wooden shroud over the discharge and ran it outside to a dust control blower.  This really helped pull a lot of dust off the grain and make the final product even cleaner.  For my product, at least, I don't think the debearder should be run without the dust collector.

Email ThisBlogThis!Share to TwitterShare to FacebookShare to Pinterest
Labels: Projects

I've been going through the bundles of test wheat veeeeery slowly over the last week, hand threshing and cleaning the wheat seed.  The Haynes bluestem and Bacska both look amazing--hard, brown, plump berries.  Too bad that only a small part of the Haynes seed germinated, so I think it will be 4 years before I have enough to market.  But the Bacska was prolific and I may have enough to sell in another two seasons.  At any rate, I can't wait! 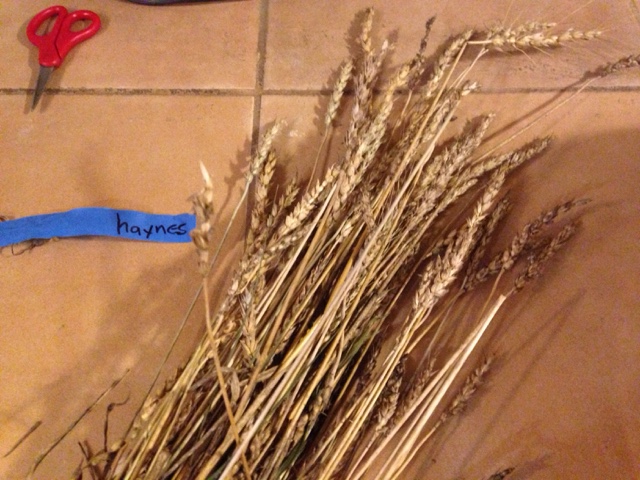 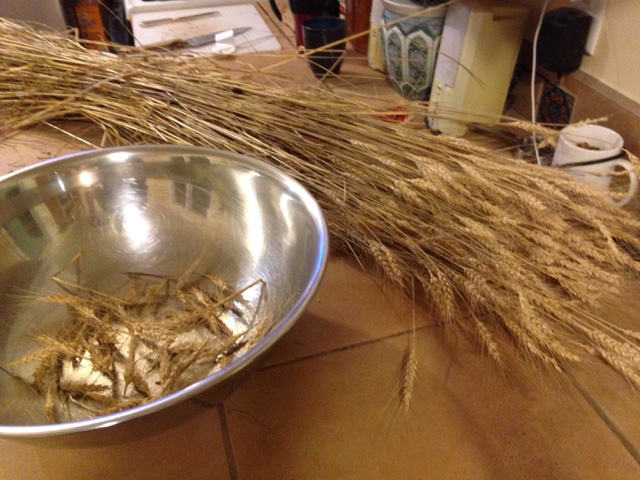 Posted by Charlie at 6:36 AM No comments:

The frost seeded red clover did not take very well this year and Ron suggested that the 3 acres on Spring Street be worked up and planted to buckwheat.  The timing was perfect and a good rain on Friday August 12 really put this planting to bed.  It will be interesting to see how well it works. 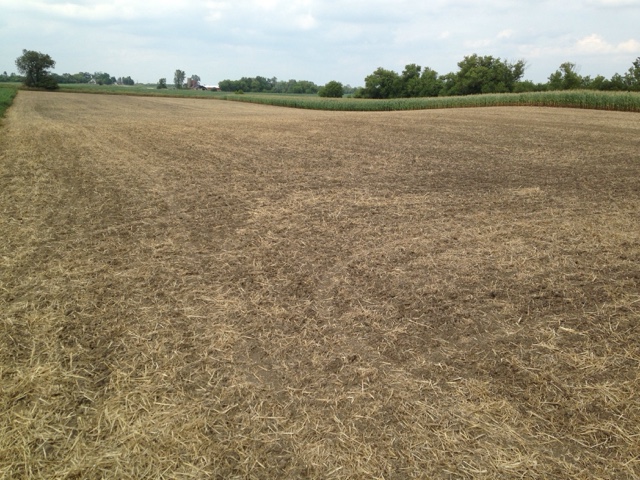 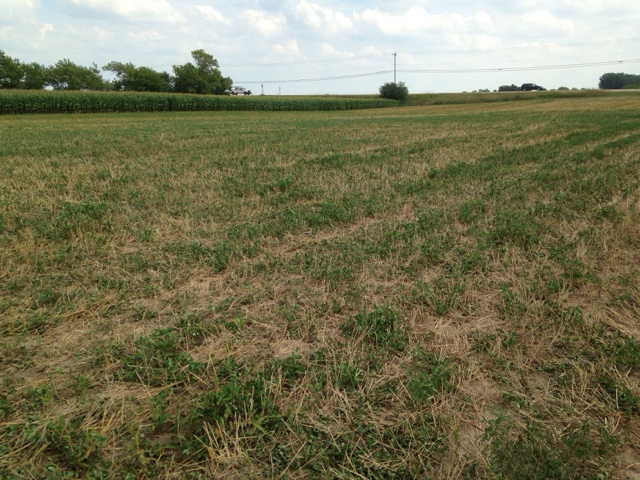 Posted by Charlie at 6:37 AM No comments:

Email ThisBlogThis!Share to TwitterShare to FacebookShare to Pinterest
Labels: Wheat

The Marquis harvest started on July 28, but the moisture level was coming out pretty high, around 17%.  When it did not dry down, we stopped and put all the grain into my small grain dryer. 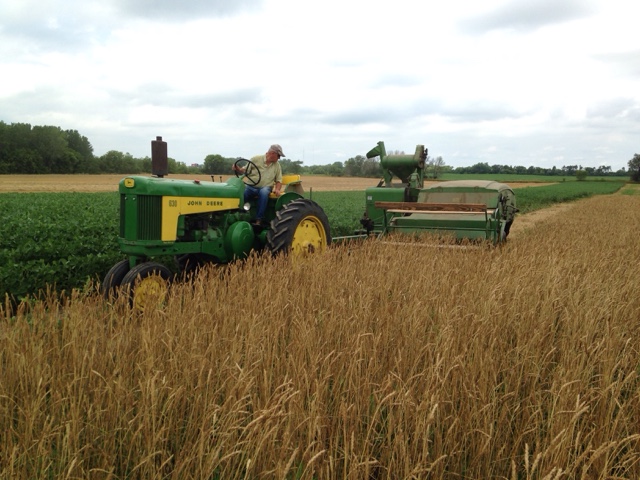 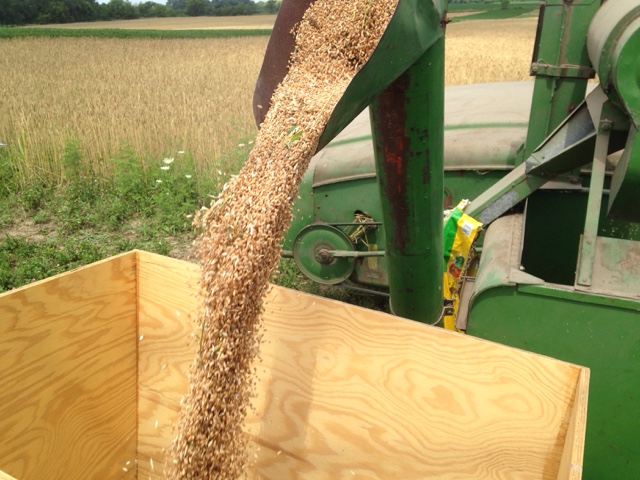 By August 1 it was reliably coming out at 13-14%, close enough so that aeration could be counted on to finish it off.  So Ron got the field cleaned up and the Marquis was safely in the shed after a couple of hours.  After cleaning and bagging, this 2 acre field produced about 34 bushels of wheat.  I intend to plant thicker next time--we drilled in 2 bushels per acre, and from looking at the stand it appeared there was room for more plants.  Try 2 1/2 next time for sure.  This was also a very late planting and I expect this reduced the harvest as well. 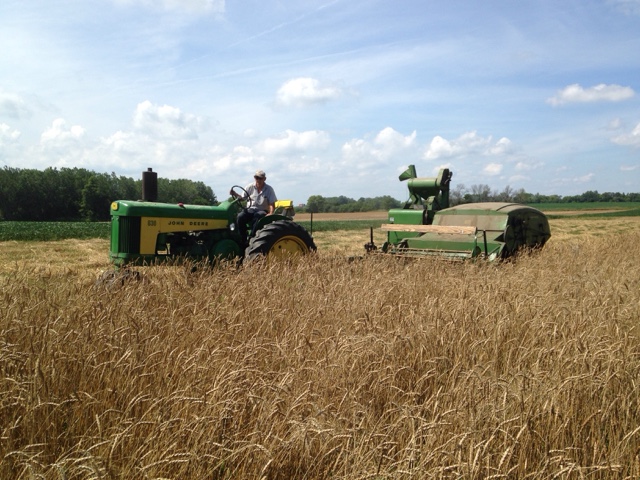 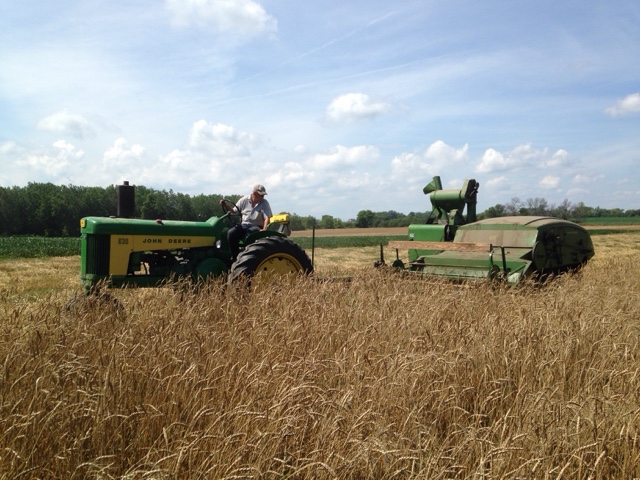 Posted by Charlie at 7:08 AM No comments: