I tapped nine trees in January, eight ash leaf maple and one Norway maple. The weather warmed very suddenly and I did not think there would be a harvest at all. However, I managed to boil down 3 quarts on March 19 and another 4 on March 31. Curiously, the later batch was a little lighter. There was very little weather during this window where the nights were in the 20's and the days in the 30's.  It was more like days into the 40's and 50's, and nights just barley down to 32. 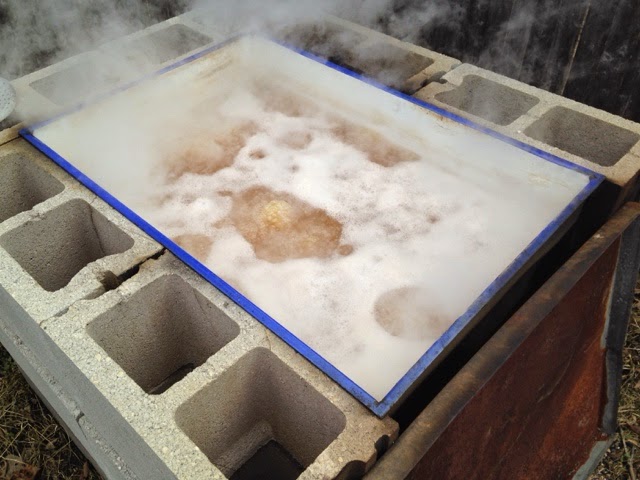 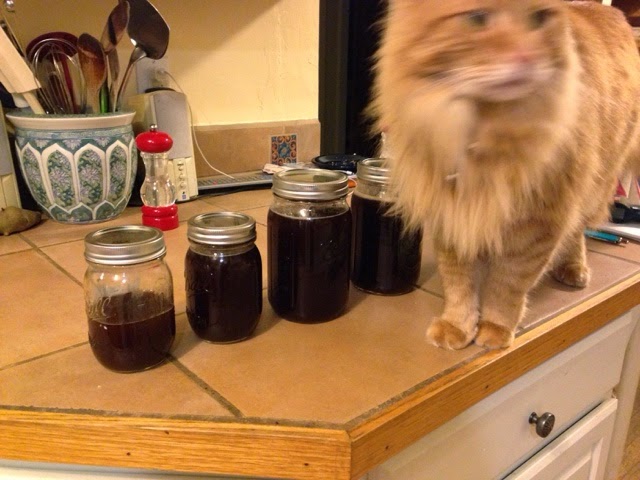 As an experiment, I seeded a stretch of the old garden and then rolled the new greenhouse on top of it. This was March 20. I used the Earthway Seeder and put in peas, spinach, lettuce, radishes, and some other stuff.

There were some hard frosts in the following week.  As of April 1 some stuff was poking through. 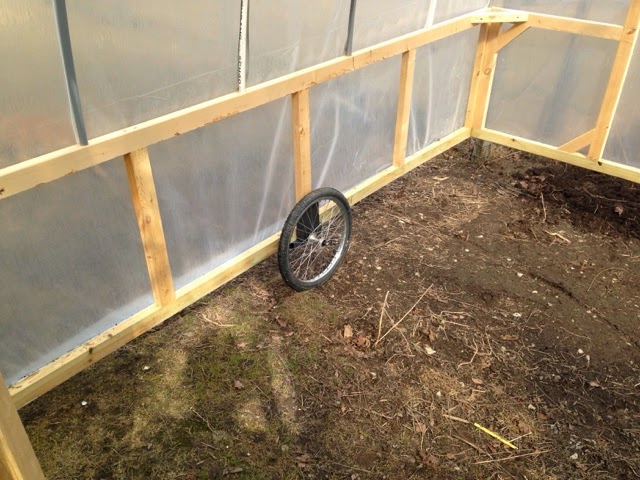 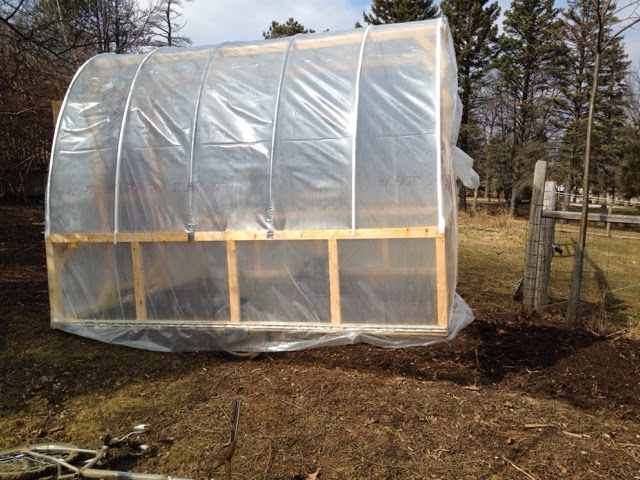 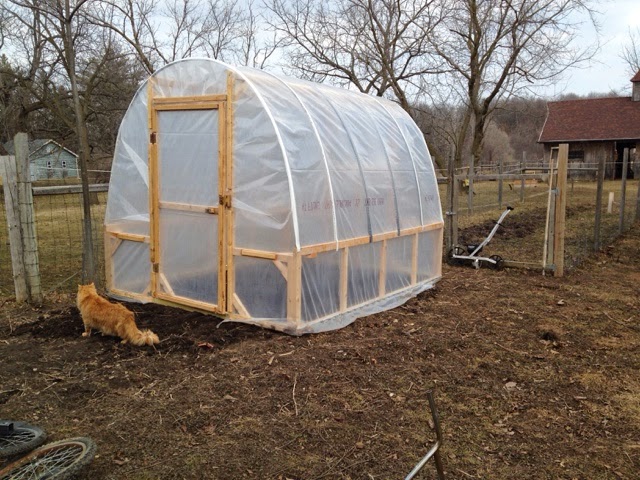 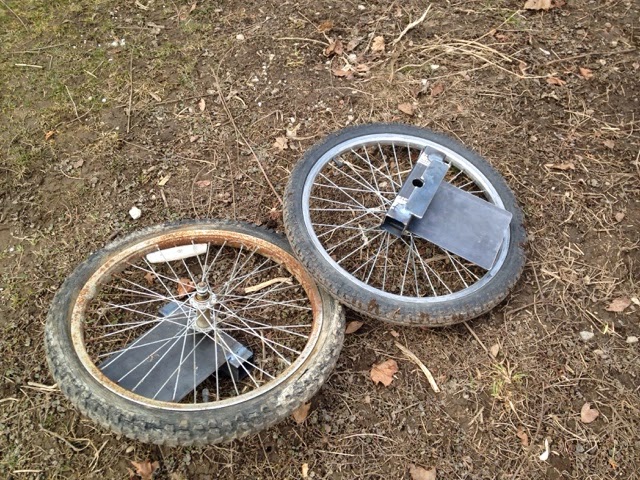 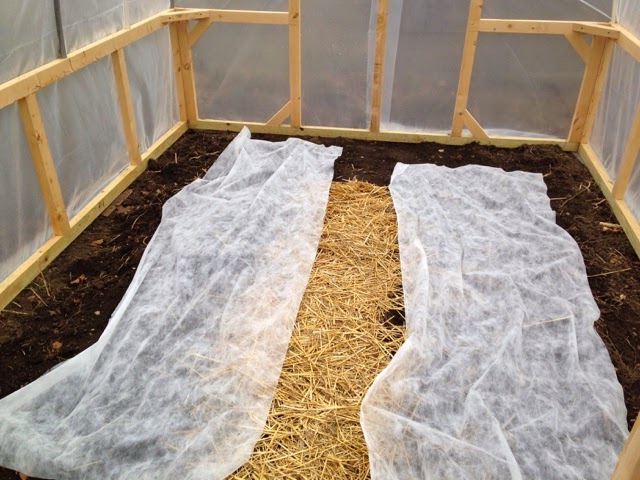 Posted by Charlie at 7:20 PM No comments:

The small greenhouse is not in the garden yet but I want to start learning what's possible with it. So I planted carrots, radishes, and lettuce in the corner today. Last frost date is nearly 2 months off we'll see what happens! 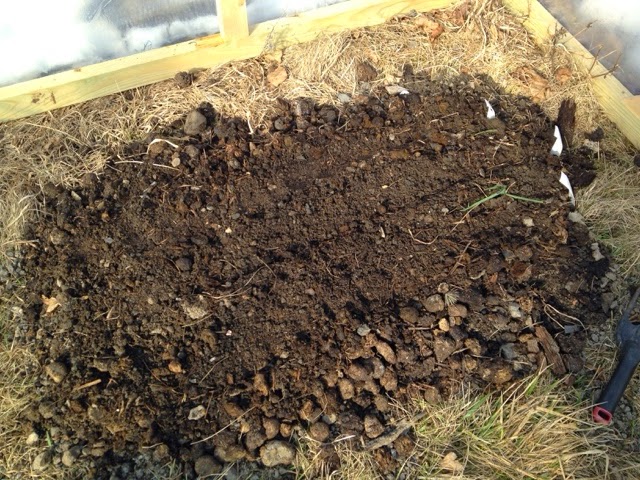 Posted by Charlie at 1:16 PM No comments:

Pretty impressive cold and snow for March 1!  The garden is still under a foot I would say. I dug out the cold frame to see if there was any spinach. There was nothing to harvest but it looked to be alive. 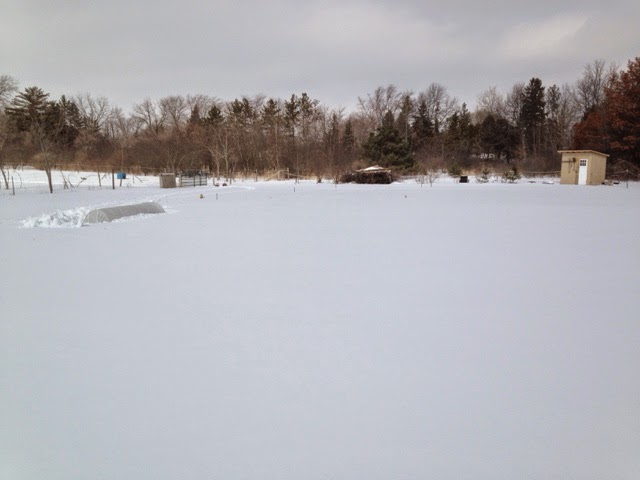 I started a 48 cell flat of celeriac yesterday. The lettuce I started last week is just starting to germinate. The flats are not heated and the soil is around 59 degrees when I wake up. Should probably rig up a heater for long term, or put them on the fridge to get them started. 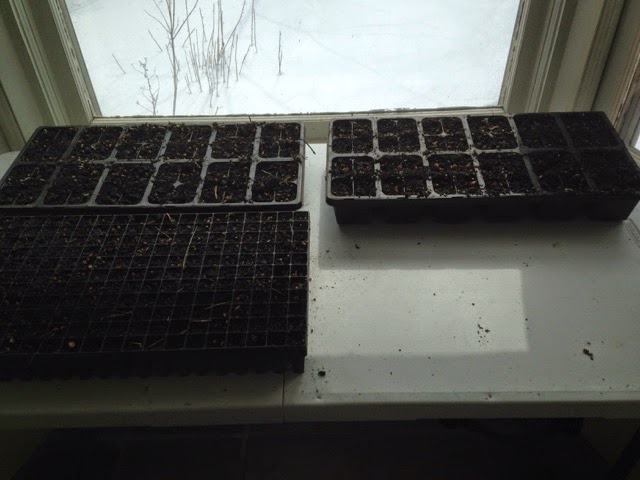