Posted by Charlie at 6:00 AM No comments:

After getting soil tests done on the Newman Rd field in July it became clear that the nutrients were deficient.  Both potassium and phosphorous were seriously deficient, so I looked around for some manure.

Starting in August I went looking for a supply, and ended up getting some pretty nice composted manure.  The first three loads were from a cow farmer and fairly fresh.  Most of the loads came from a friend's horse farm and had been turned.

Working with a couple different spreaders until I purchased an IH 550 spreader (about 185 bushels I think), I managed to spread a couple hundred tons onto the field.  I have high hopes this will help the yield in 2020. 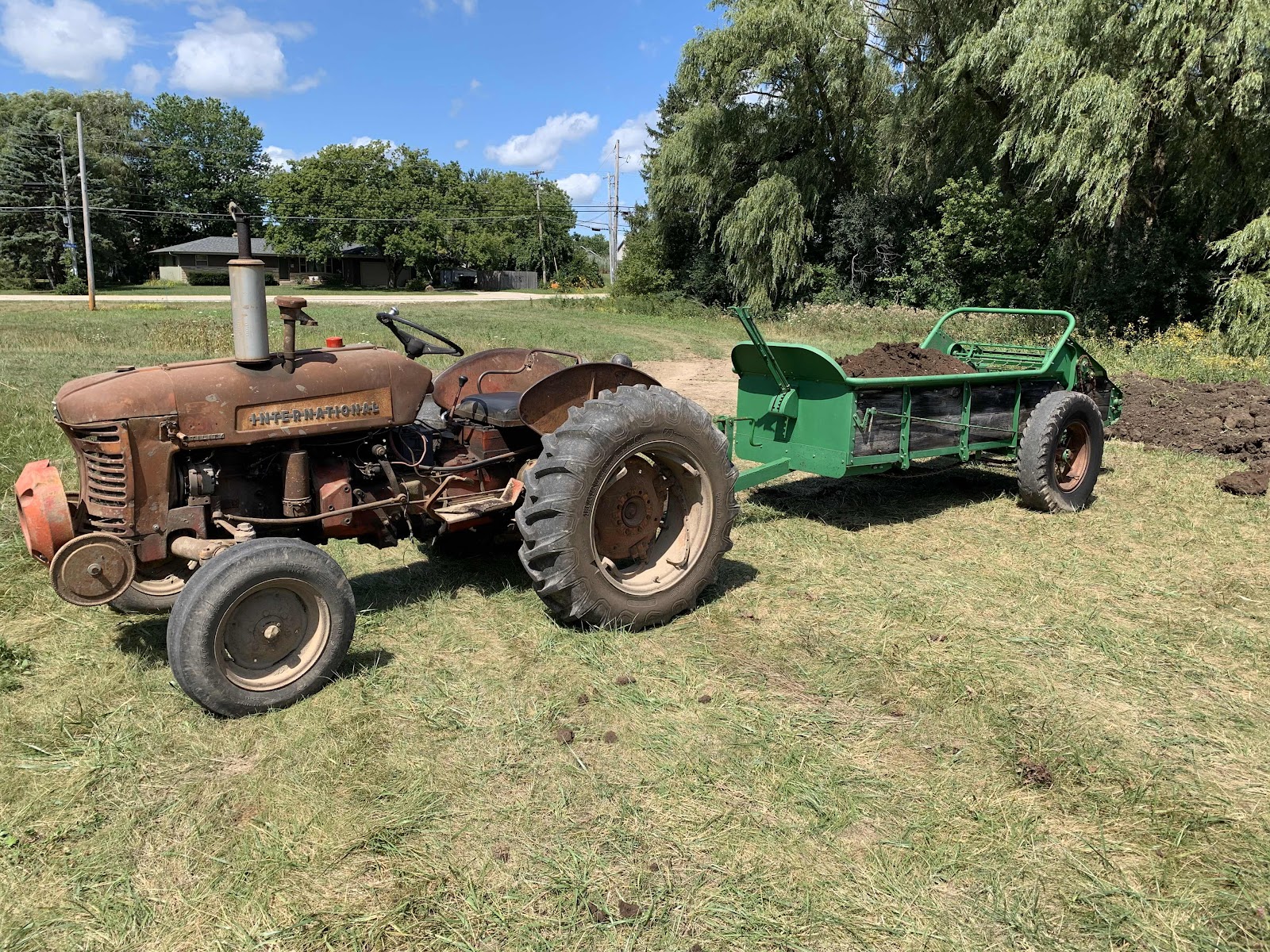 Posted by Charlie at 1:48 PM No comments:

It's mid-May and still no sign of good soil conditions.  I did some hand-working of a small section and put a few potatoes in.  These are some purple spuds I traded for through the Kenosha Potato Project.  Supposedly the colored-flesh potatoes are healthier.  Can't wait to see how they taste! 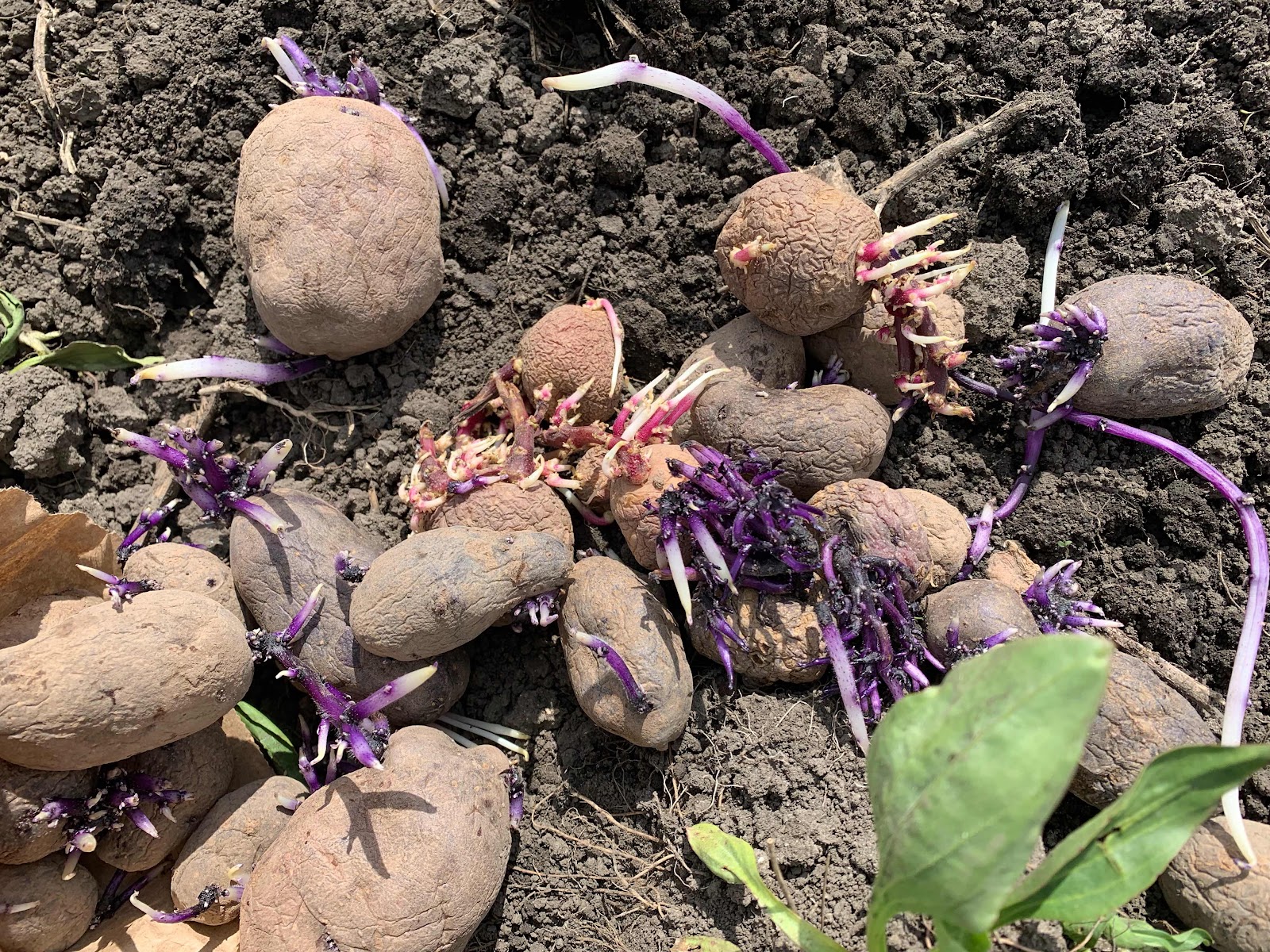 Posted by Charlie at 5:01 PM No comments:

Email ThisBlogThis!Share to TwitterShare to FacebookShare to Pinterest
Labels: Garden

Posted by Charlie at 6:14 PM No comments:

The Java has outgrown the home test plot so I put it in the Newmand Rd field.  I could have planted it when I did the the main planting on April 9, but I was kind of curious what a later planting would look like.  This meant I had to work up a section by hand, since the moisture from a big snowstorm compacted the soil.  With the wheel hoe I worked up a section 27' x 12' on the North end of the WN2 planting, and drilled in with the earthway as usual.  465 grams, good conditions for planting (at least up in this high and mostly dry spot). 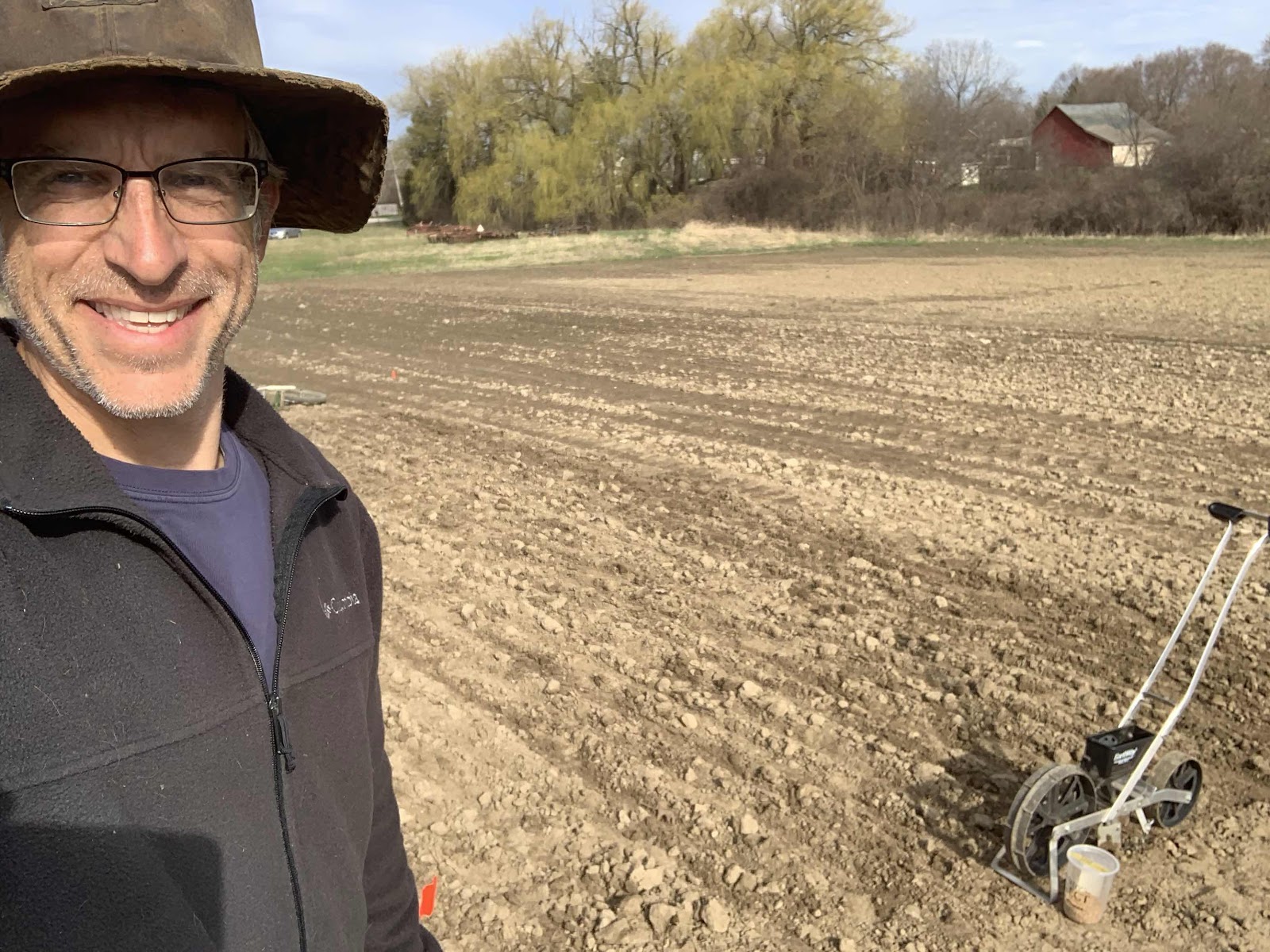 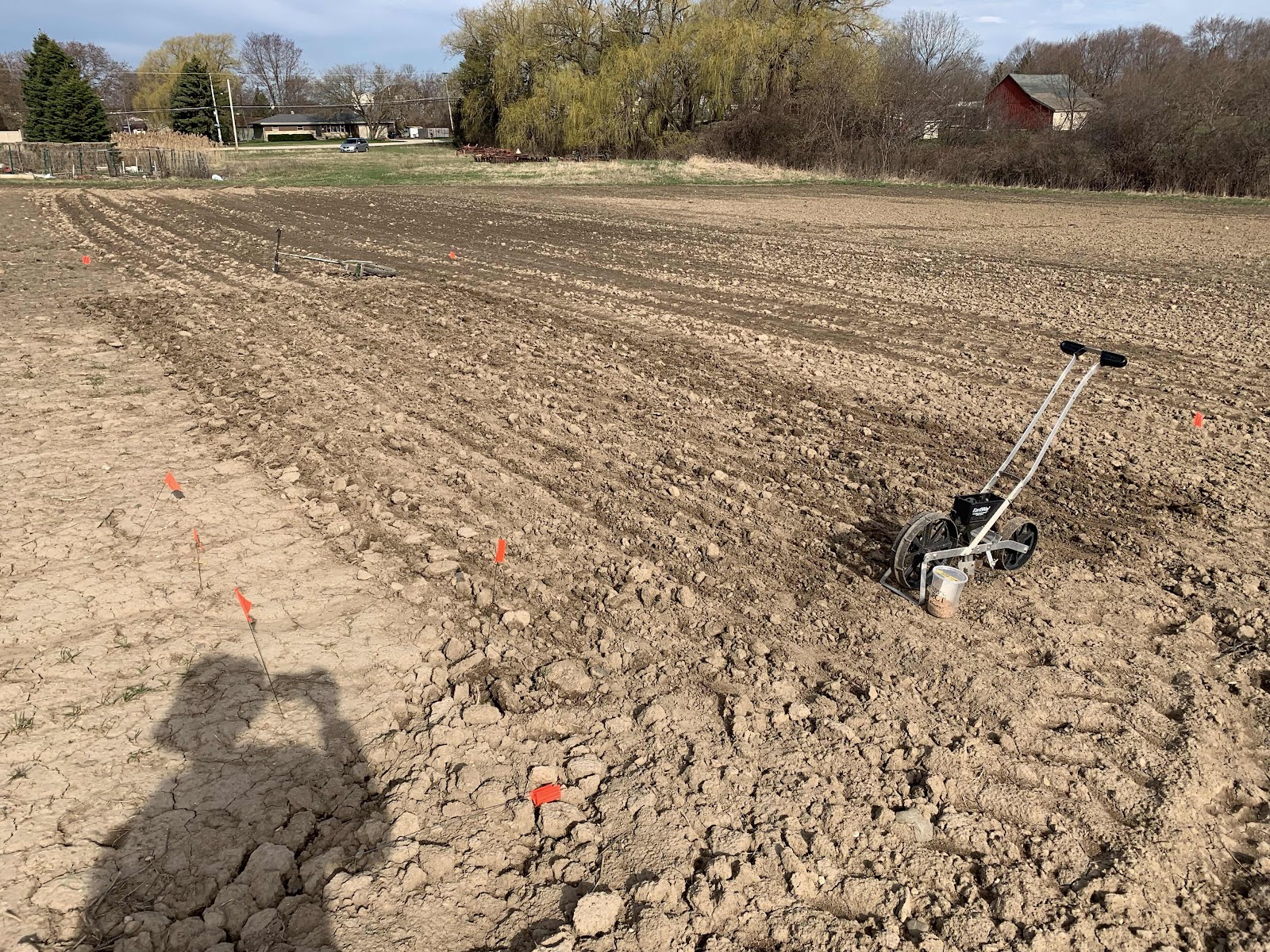 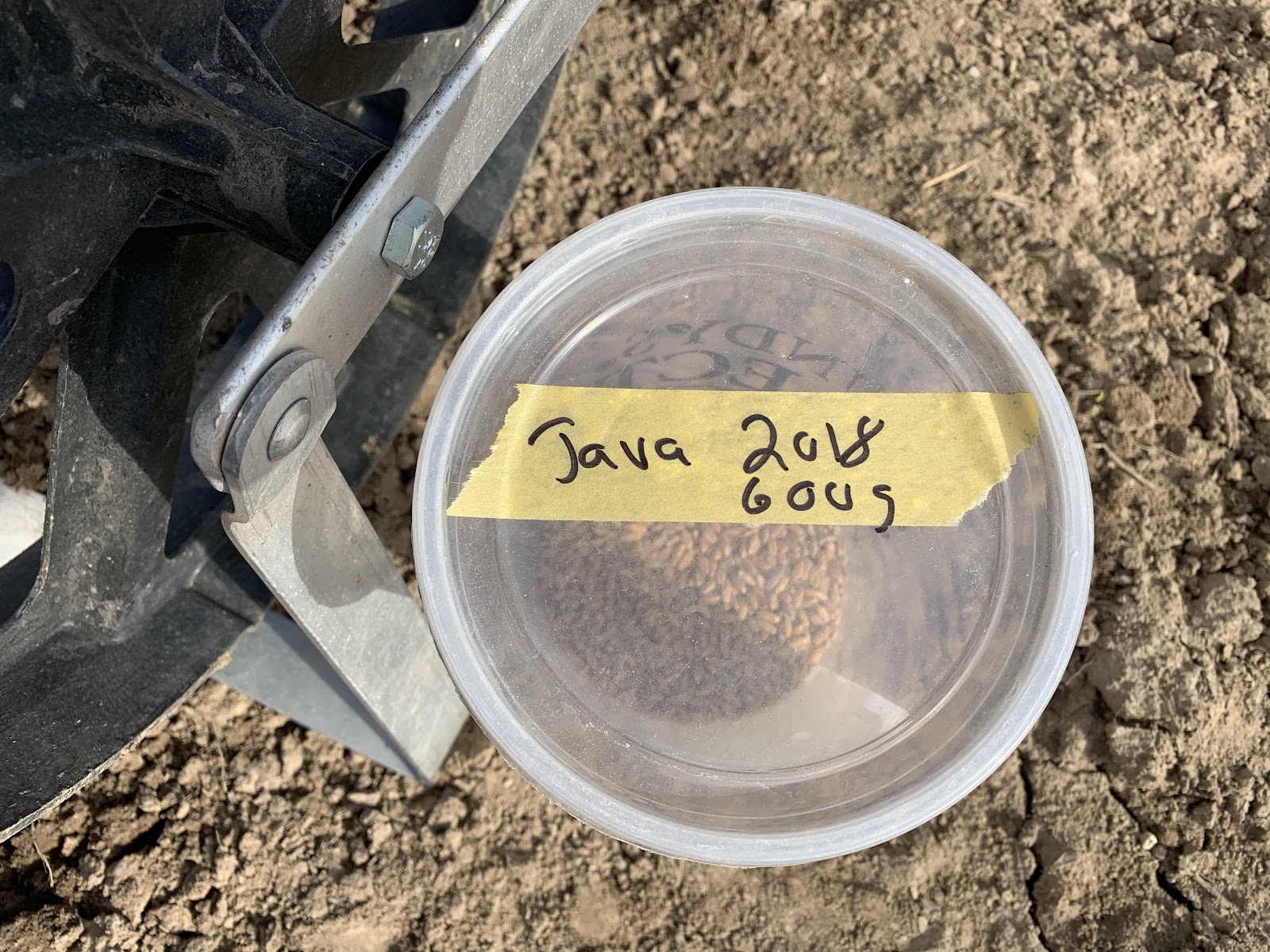 Posted by Charlie at 6:06 PM No comments:

2019, just like 2018, is not offering any simple solutions in the garden.  Relatively little soil was worked up last fall, due to the extraordinary wet conditions.  Really, the soil was continuously saturated from late September through right now.  I am planting only on the highest spots, and unable to do much good tillage.  About a week ago the donkeys plowed a 5' wide strip (we quit since it was hard to find ground dry enough to plow).  It was really just a test but now I'm using it for planting!  I drilled in 185 grams of extra Haynes Bluestem wheat in a 4' x 25' plot.  This will be enough to make a couple loaves of bread for the fall pizza party--the first loaf of Haynes Bluestem that anyone has eaten in 100 years!  I'm very curious to see how this wheat bakes.  It's really the most distinct wheat I've worked with to date. 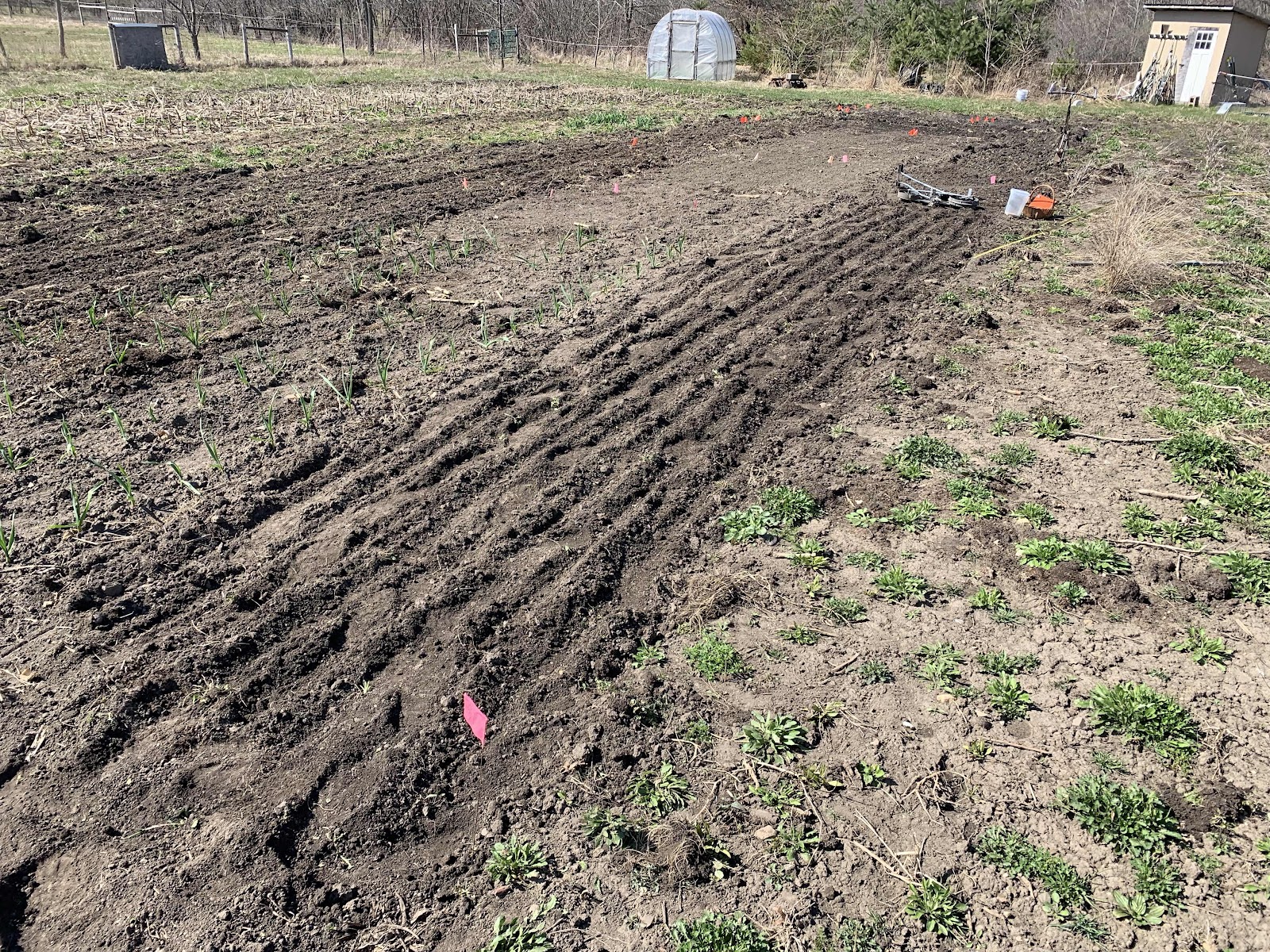 Posted by Charlie at 6:04 PM No comments:

April 9 turned out to be planting day for spring wheat on the Newman Rd field.  I only planted Marquis as market wheat.  The other plantings were test plots for growing out seed.  As I've come to expect, waiting for good planting conditions is sketchy.  We had a reasonable drying trend, but then it rained more on Saturday than I had hoped.  Sunday was not very sunny, but then Monday the sun came out.  By Wednesday there was snow and rain in the forecast.  More rain and cold after that, for at least ten days.  Ergo, plant on Tuesday, or wait another two weeks. 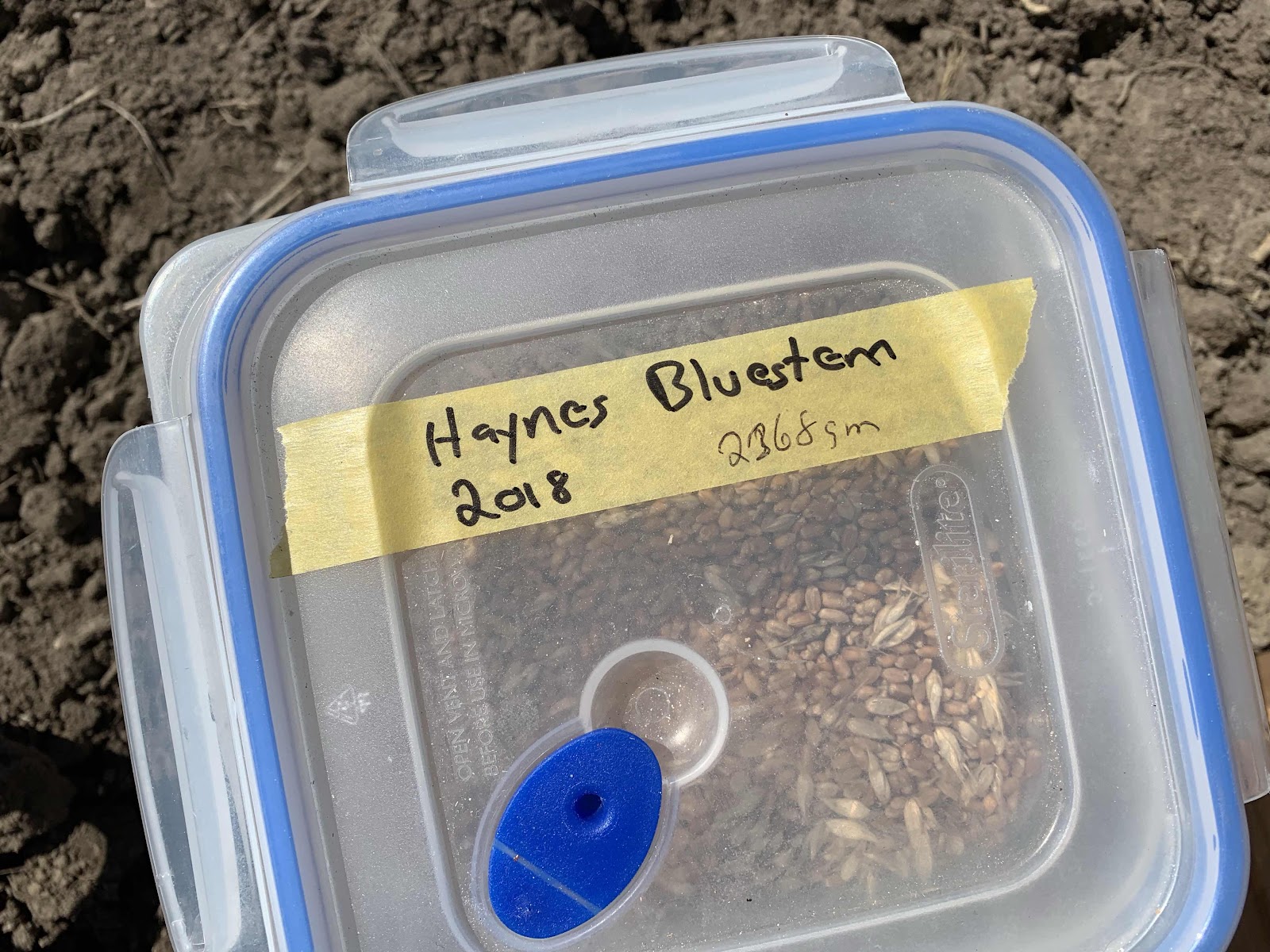 Posted by Charlie at 6:06 PM No comments: