The Red Fife harvest on Hy 38 was much more of a saga than the Marquis.  It looked to be slightly later than the Marquis, but conditions were good and I just assumed I could get it out of there after another day or two of drying down.  I was completely wrong!

I did test combining on 7/31, 8/1, 8/2, and 8/5.  Each time the moisture was still too high.  By 8/8 it was looking a little better and I took off about 1 acre.  Each test was a pain--I would generate 1-2 bushels, which would have to be taken home and put into my barrel drier.  The grain never really came off bone dry.  I spent a lot of time with blowers and dragging the hopper out into the sunshine to get the harvest dry.  My hard work paid off, however, and the wheat managed to show a falling number of 380 when tested.  After all the trouble, and a rain event on 8/3, I figured that was pretty good.

It was very interesting to see the differences between Marquis and Red Fife.  Marquis ripened sooner, just like the description says it should.  It also ripened uniformly, meaning that all berries were ready to go at once.  The Red Fife, I noticed, could have some berries ripe and dry, while other berries were still in the hard dough stage.  I take this as a sign of a more primitive, less developed plant.

The Red Fife also out yielded that Marquis, and the stand just looked better.  The tests showed the protein to be a little better.  12.5% for the Red Fife versus 12.0% for the Marquis (db).  So it was a little weird to see the older wheat out performing the new one.

I ended up with 119 clean bushels, which is a yield around 24 bu/acre.  I credit the Red Fife as being slightly better than this, since I failed to plant part of the field due to wet conditions, and I ran out of seed towards the end.  So in effect I should only divide by around 4.5 acres rather than 5. 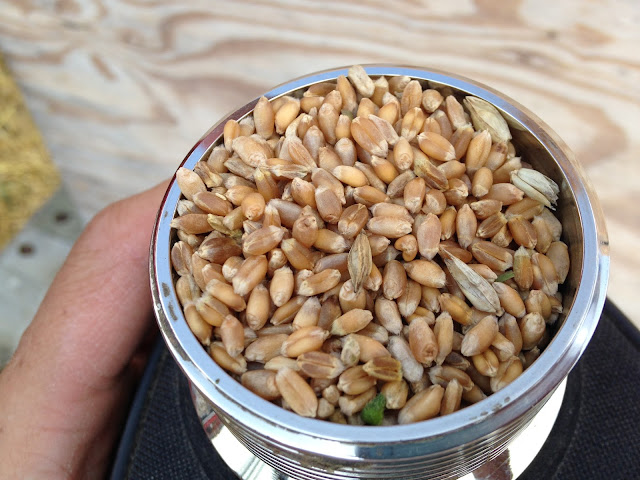 Below pics are all from my friend Ruth.  My phone camera was mostly not working again. 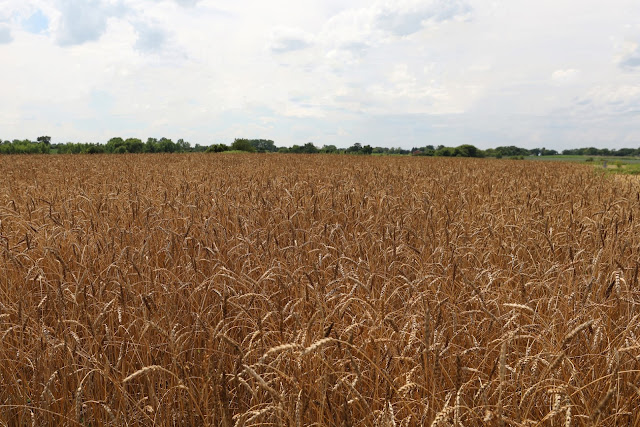 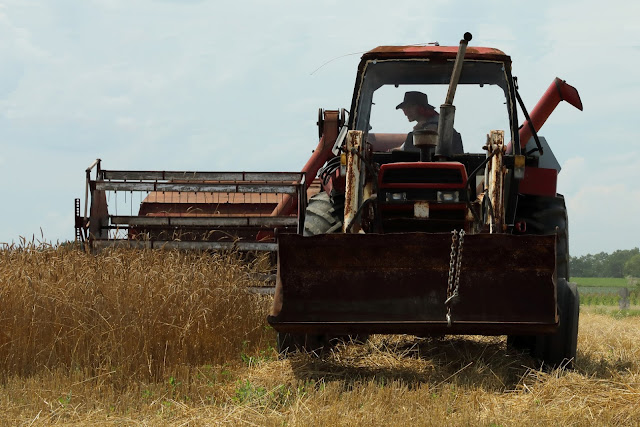 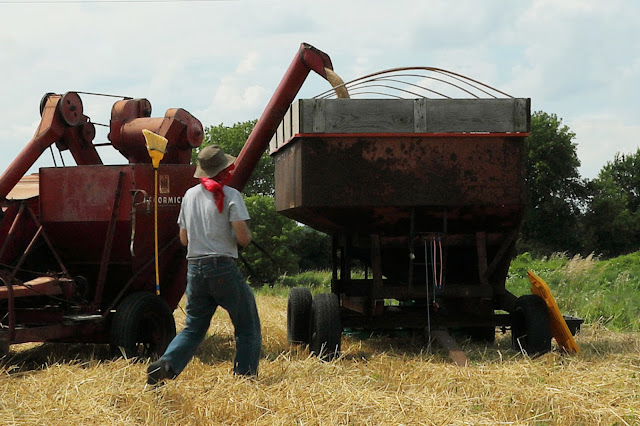 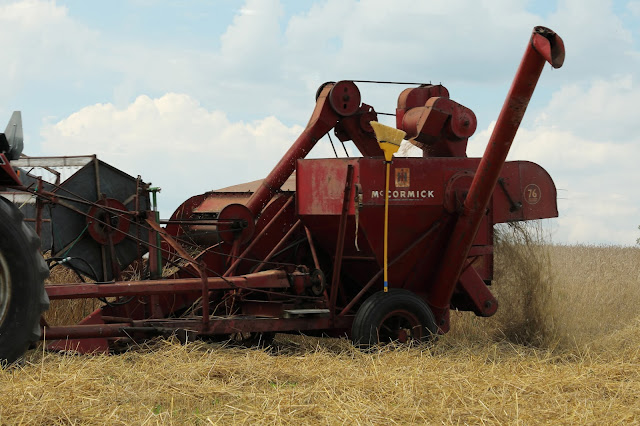 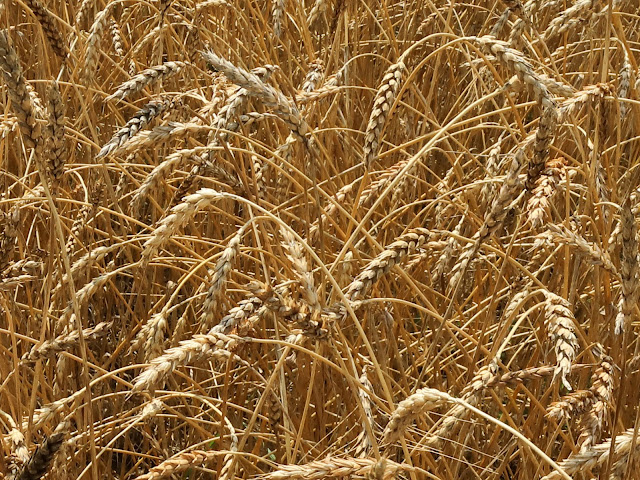 Posted by Charlie at 7:57 PM No comments: