All kinds of harvesting

July is the traditional time when gardeners run out of steam and I am no exception.  Peas, beets, and lettuce are going to waste as I fail to keep up with the harvesting.  The stand is moving a little more product now, but never what I want.  Yellow squash is out--no one wants any.  Cucumbers and Zucchini are good sellers, and so is the garlic.  I have put out some onions and they are selling OK.  Potatoes are a sore point.  I have nearly unlimited quantities of high quality new potatoes, but they won't move at any price.  Oh, well.

Somewhere around July 21 I began to peck away at the wheat.  The patch of Turkey was really too much--why did I plant so much???  But over the course of a week I got it shocked and in the barn.  My sickle broke the first day and I had to whittle the handle down to new wood and re-mount the blade and cradle.  The undersown clover makes harvest much more difficult.  But without the cradle I would probably have given up.  It was really too big a patch to cut with a knife or hand sickle. 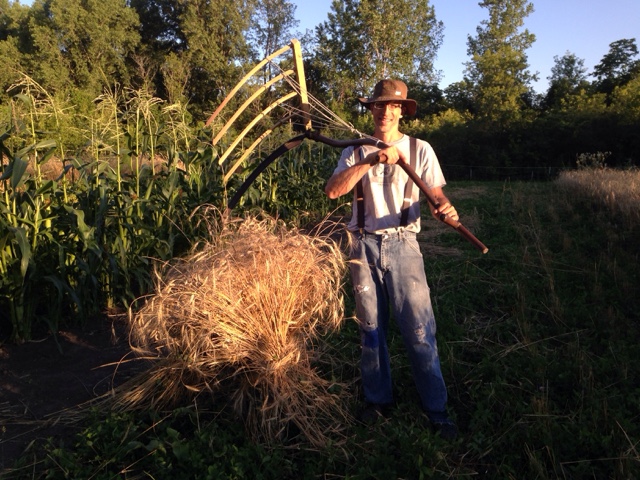 The red fife spring wheat was even tougher to cradle, in fact, all the cradle did was mostly to make a big mess.  I ended up hand cutting most of the red fife.  After that I pulled all the remaining peas and put them in the shed to dry, hoping I can thresh out dry peas in a couple of weeks.  We'll see. 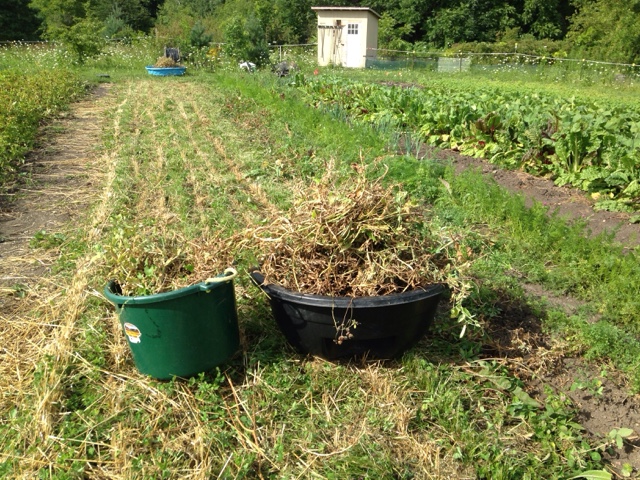 The buckwheat sown to the new ground took well, but in the strip where some manure leached over it is doing considerably better.  In the untreated new ground it is so-so.  On a warm day it is so filled with bees, wild and domestic, that you can hear a humming buzz from 50 feet away. 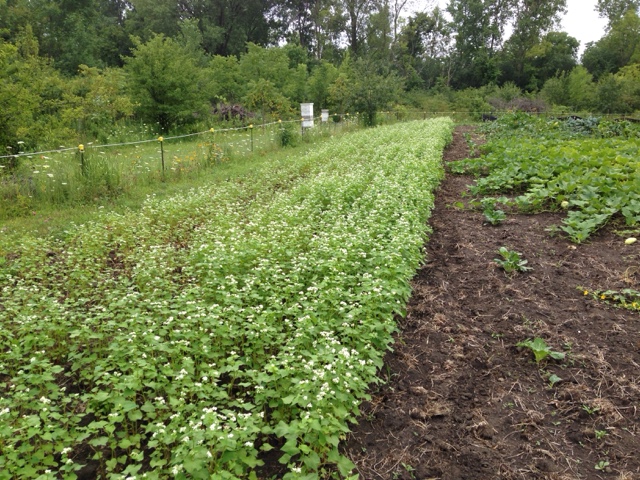 Cucurbits are doing well.  These are the cucumbers, of which I am missing a bunch which end up being too big.  I just pick them and leave to rot.  Same with the zucchini and squash--I miss a lot of them.  There will be plenty of delicata and butternuts, too! 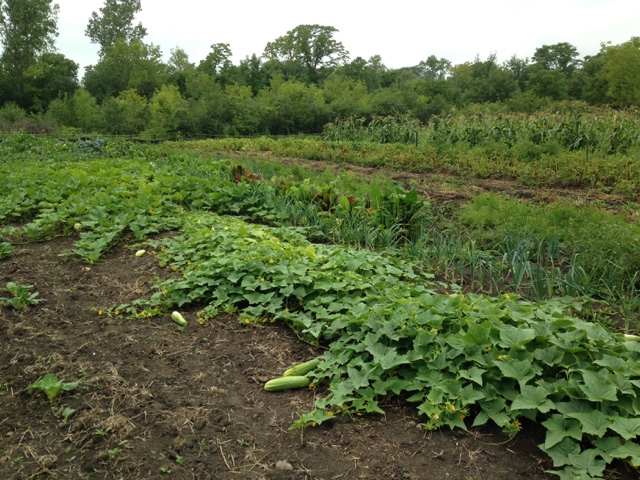 Here is how the clover sown under the Turkey Red winter wheat and the barley ended up looking after harvest.  My hope is to graze the animals in here before plowing, but I will need to purchase some electric netting to make a good temporary fence for this. 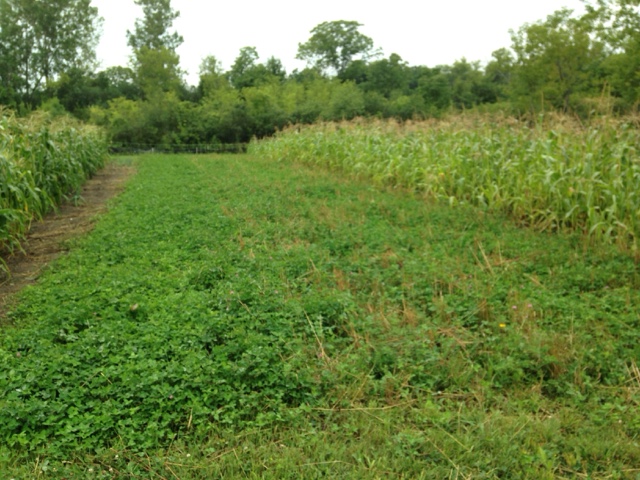 One of the flint corn ears developed this bizarre ginormous smut.  All the other flint looks very good.  Weird, the double standard sweet corn on the other side of the clover got knocked down a bit by a recent thunderstorm, but the taller flint stalks look fine. 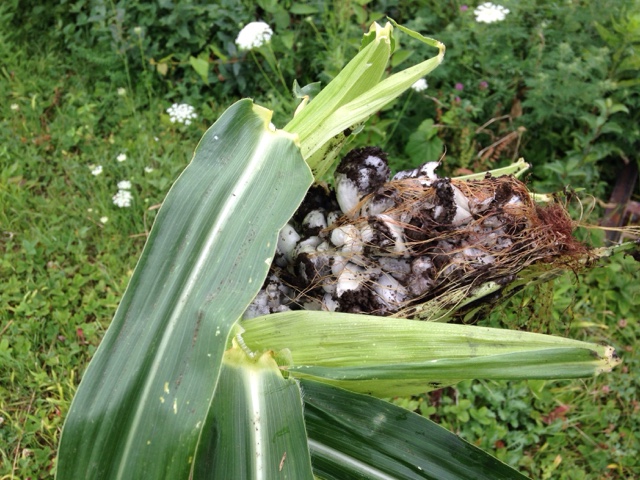 Overall I did not plan well for the beginning of August.  I wanted to do some aggressive winter planting, but really there was no good open ground for this.  I plowed the red fife ground a few days ago, but the clover really clogged up the plow and it will need to be dragged several times before it is clean.  I think I will just clean it up and seed to oats and peas for early veggies next year.  I drilled in some triple rows of spinach and lettuce where I have been pulling out beets, so at least I got something into the ground for winter.  I hope to have the portable greenhouse in the garden this winter.

The row of parsnips is alive!  Probably 60% or more germination.  The bok choi on the other half of the row looks like swiss cheese--cabbage beetles all over the leaves.  Time to give up on this plant.