I planted two rows of garlic yesterday. The East row was all good large bulbs and I used 16 of them with the cloves spaced about 8" apart.  The West row includes some second-year bulbil cloves which I am experimenting with. 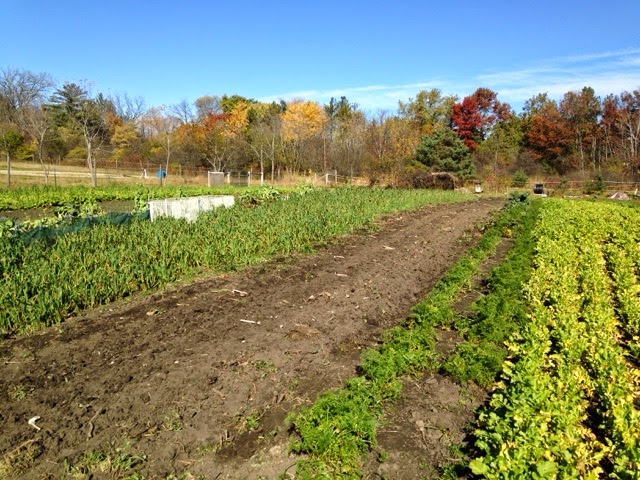 This ground was plowed, disced, and dragged with the spring tooth the day before. Just prior to planting I dragged again with the cultimulcher setup with three closely spaced teeth and a deep setting to mark the rows. This worked well but the rows were not as straight as I hoped. This strip was production ground consisting of bok choi and cucurbits this season.  After planting I spread compost by hand directly on top of the two rows.

Pretty good frost this month probably six mornings so far that looked like this. 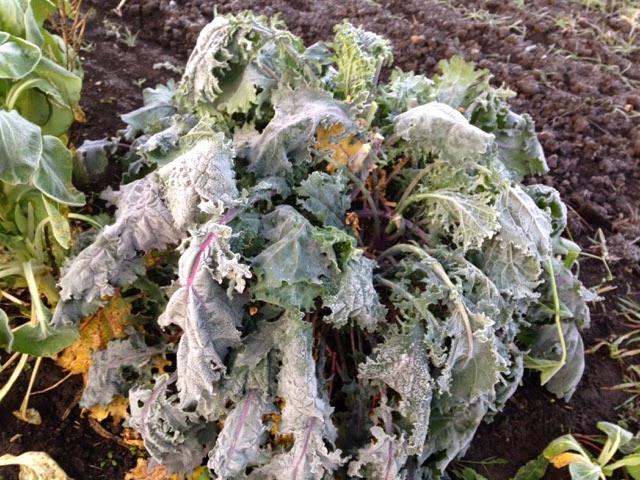